iProfit Forex Robot Review: Does It Win or Lose?

iProfit Forex Robot works based on the neural network system within. The algorithm can trade multiple currency pairs and comes with backtesting records with multiple risk settings. The developers list all the details about the system to attract potential investors into their program. To understand the output and consider investment, we will analyze the algorithm and give our feedback.

What is iProfit Forex Robot?

iProfit robot has the following features:

There is no recommendation on the leverage and the minimum balance requirement to use the product.

The robot is available on the developers’ website, where all the information about the system is scattered. This form of representation is not professional. We have to dive into the records to see if the system is good enough.

How can we use iProfit Forex Robot?

You can use the robot by purchasing it from the website. Afterward, traders have to place it in their experts’ directory and attach the robot onto charts to start trading. It only works on the MT4 platform

The robot is available for $899, and there is no money-back guarantee provided. Traders have the option to rent it for one year at $470.

The developer shares that the robot uses a neural network for trading purposes. It works on the H1 chart on multiple currency pairs and has a success rate of 62% with a risk-reward of nearly 1:1. The robot reads the price action on the H1 time frame and provides respective buy or sell signals. It also employs moving averages, support, and resistance for confirming trades. From the history at Myfxbook, we can see trades with a high stop loss of upto 1000 pips. The algorithm closes them before they reach the designated target.

Backtesting results are available for an unknown currency pair where the relative drawdown was around 6.31%. The winning rate was 56.09%, with a profit factor of about 1.16. All the tests were done with a starting balance of $10000. The robot tanked an average profit of $3306.18 during this period.

What are the real customers saying about iProfit Forex Robot?

There are no customer reviews present on noted forex forums. This shows the lack of interest from traders in the company and their algorithm. Without any good feedback, we can say that the robot might not be functioning for retail traders.

Hsppy Galaxy Review: Does It Win or Lose?

Forex Cyborg Review: Does It Win or Lose? 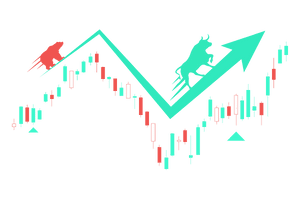 Happy Way Review: Does It Win or Lose?

Happy Way claims to be designed for traders of all skill levels. It works on five currency pairs…
fxrobotz
Read More
0
3 min

Happy Power EA Review: Does it Win or Lose?

Happy Power is a Forex robot that is compatible with both MT4 and MT5 trading platforms. It is…
fxrobotz
Read More

FXCipher Review: Does It Win or Lose?

FXCipher is more of a loser than a winner. Of course the vendor will not tell you that.…
fxrobotz
Read More